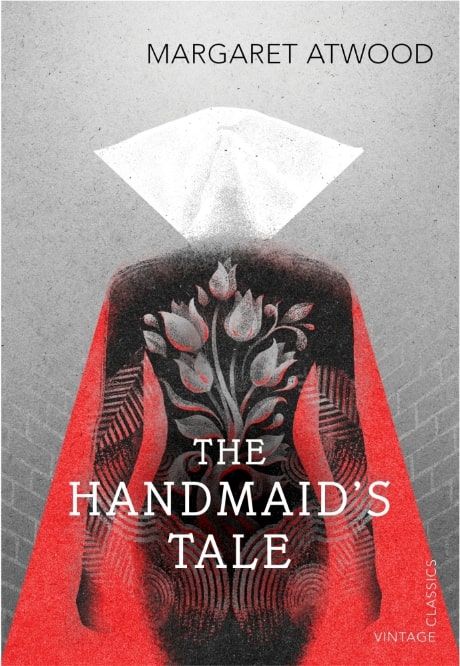 Hope Is a Thing with Feathers

Context: This snippet presents the horrific life of a woman in a future dystopian regime that has taken over the United States. The protagonist thinks of what might have happened to her husband after he and their daughter got snatched away from her.

First they killed the President and the Congress. Then they left us hopeless. They called themselves the ‘Sons of Jacob’. The constitution was suspended. The newspapers were censored. It’s difficult to think of the United States anymore. Now, I only know the Republic of Gilead.

When it all started, I had Luke and my daughter. We planned an escape to Canada. We failed. I was taken away. Here I am. Serving a commander as a concubine. A handmaid.

I lie in bed, trembling. You can wet the rim of a glass and run your finger around the rim and it will make a sound. This is what I feel like: this sound of glass. I feel like the word shatter. I want to be with someone.

Lying in bed, with Luke, his hand on my rounded belly. The three of us, in bed, she kicking, turning over within me. Thunderstorm outside the window, that's why she's awake, they can hear, they sleep, they can be startled, even there in the soothing of the heart, like waves on the shore around them. A flash of lightning, quite close, Luke's eyes go white for an instant.

I'm not frightened. We're wide awake, the rain hits now, we will be slow and careful.

If I thought this would never happen again I would die.

But this is wrong, nobody dies from lack of sex, It's lack of love we die from. There's nobody here I can love, all the people I could love are dead or elsewhere. Who knows where they are or what their names are now? They might as well be nowhere, as I am for them. I too am a missing person.

From time to time I can see their faces, against the dark, flickering like the images of saints, in old foreign cathedrals, In the light of the drafty candles; candles you would light to pray by, kneeling, your forehead against the wooden railing, hoping for an answer. I can conjure them but they are mirages only, they don't last. Can I be blamed for wanting a real body, to put my arms around? Without it I too am disembodied. I can listen to my own heartbeat against the bedsprings, I can stroke myself, under the dry white sheets, in the dark, but I too am dry and white, hard, granular; it's like running my hand over a plateful of dried rice; it's like snow. There's something dead about it, something deserted. I am like a room where things once happened and now nothing does, except the pollen of the weeds that grow up outside the window, blowing in as dust across the floor.

Here is what I believe.

I believe Luke is lying face down in a thicket, a tangle of bracken, the brown fronds from last year under the green ones just unrolled, or ground hemlock perhaps, although it's too early for the red berries. What is left of him: his hair, the bones, the plaid wool shirt, green and black, the leather belt, the work boots. I know exactly what he was wearing. I can see his clothes in my mind, bright as a lithograph or a full-color advertisement, from an ancient magazine, though not his face, not so well. His face is beginning to fade, possibly because it wasn't always the same: his face had different expressions, his clothes did not.

I pray that the hole, or two or three, there was more than one shot, they were close together, I pray that at least one hole is neatly, quickly, and finally through the skull, through the place where all the pictures were, so that there would have been only the one flash, of darkness or pain, dull I hope, like the word thud, only the one and then silence.

I also believe that Luke is sitting up, in a rectangle somewhere, gray cement, on a ledge or the edge of something, a bed or chair. God knows what he's wearing, God knows what they've put him in. God isn't the only one who knows, so maybe there could be some way of finding out. He hasn't shaved for a year, though they cut his hair short, whenever they feel like it, for lice they say. I'll have to revise that: if they cut the hair for lice, they'd cut the beard too. You'd think.

Anyway, they don't do it well, the hair is ragged, the back of his neck is nicked, that's hardly the worst, he looks ten years older, twenty, he's bent like an old man, his eyes are pouched, small purple veins have burst in his cheeks, there's a scar, no, a wound, it isn't yet healed, the color of tulips, near the stem end, down the left side of his face where the flesh split recently. The body is so easily damaged, so easily disposed of, water and chemicals is all it is, hardly more to it than a jellyfish, drying on sand.

He finds it painful to move his hands, painful to move. He doesn't know what he's accused of. A problem. There must be something, some accusation. Otherwise why are they keeping him, why isn't he already dead? He must know something they want to know. I can't imagine. I can't imagine he hasn't already said whatever it is. I would.

He is surrounded by a smell, his own, the smell of a cooped-up animal in a dirty cage. I imagine him resting, because I can't bear to imagine him at any other time, just as I can't imagine anything below his collar, above his cuffs. I don't want to think what they've done to his body. Does he have shoes? No, and the floor is cold and wet. Does he know I'm here, alive, that I'm thinking about him? I have to believe so. In reduced circumstances you have to believe all kinds of things. I believe in thought transference now, vibrations in the ether, that sort of junk. I never used to.

I also believe that they didn't catch him or catch up with him after all, that he made it, reached the bank, swam the river, crossed the border, dragged himself up on the far shore, an island, teeth chattering; found his way to a nearby farmhouse, was allowed in, with suspicion at first, but then when they understood who he was, they were friendly, not the sort who would turn him in, perhaps they were Quakers, they will smuggle him inland, from house to house, the woman made him some hot coffee and gave him a set of her husband's clothes. I picture the clothes. It comforts me to dress him warmly.

Any day now there may be a message from him. It will come in the most unexpected way, from the least likely person, someone I never would have suspected. Under my plate, on the dinner tray? Slipped into my hand as I reach the tokens across the counter in All Flesh?

The message will say that I must have patience: sooner or later he will get me out, we will find her, wherever they've put her. She'll remember us and we will be all three of us together. Meanwhile I must endure, keep myself safe for later. What has happened to me, what's happening to me now, won't make any difference to him, he loves me anyway, he knows it isn't my fault. The message will say that also. It's this message, which may never arrive, that keeps me alive. I believe in the message.

The things I believe can't all be true, though one of them must be. But I believe in all of them, all three versions of Luke, at one and the same time. This contradictory way of believing seems to me, right now, the only way I can believe anything. Whatever the truth is, I will be ready for it.

This also is a belief of mine. This also may be untrue.

One of the gravestones in the cemetery near the earliest church has an anchor on it and an hourglass, and the words In Hope.

In Hope. Why did they put that above a dead person? Was it the corpse hoping, or those still alive?

The Horrors of Creating Life

Snippet from We Are Not Ourselves