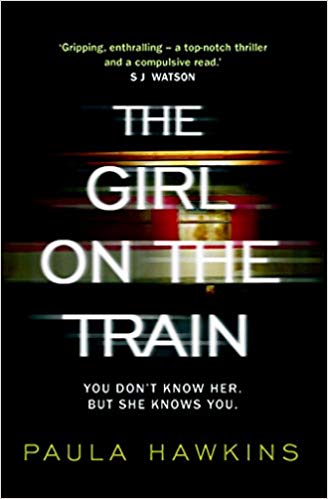 The Girl on the Train

Context: This snippet presents the state of mind of an alcoholic after a night of excessive drinking. Rachael has frequent blackouts after drinking heavily and supposedly harasses her ex-husband and his wife during these blackouts.

Alcoholism is something that I have been struggling with since before my husband, Tom, left me for Anna. But I am sure it was the main reason for our separation. And the fact that I could not conceive. Tom says I frequently harass him and his wife during my periods of blackouts after excessive drinking. However, I struggle to have any memory of such events. I despise Anna. Of course I do. But why would I go to their house and cause trouble? I am over my relationship with Tom. At least that’s how I feel now, when I am sober. Maybe I should quit drinking. That’s easy to say. I need alcohol. I have always needed it and I can’t get away from it. Maybe there’s a way to have less blackouts and more memory? Some medication?

Wait, I have a slight recollection from yesterday night. I saw Megan kissing a man. Megan is nobody I know. I just see her from the train everyday on my way to work. She seemed to have such a wonderful relationship with her husband. The man she was kissing yesterday was definitely not her husband. I am not sure who he was. I cannot remember his face. Why would Megan do that? Anyway, that is my final memory from last night. I cannot seem to remember anything after that. Another drunken episode? Why do I feel troubled right now? Why do I feel anxious?

My heartbeat feels as though it is in the base of my throat, uncomfortable and loud. My mouth is dry, it hurts to swallow. I roll on to my side, my face turned to the window. The curtains are drawn, but what light there is hurts my eyes. I bring my hand up to my face; I press my fingers against my eyelids, trying to rub away the ache. My fingernails are filthy.

Something is wrong. For a second, I feel as though I’m falling, as though the bed has disappeared from beneath my body. Last night. Something happened. The breath comes sharply into my lungs and I sit up, too quickly, heart racing, head throbbing.

Something happened, something bad. There was an argument. Voices were raised. Fists? I don’t know, I don’t remember. I went to the pub, I got on to the train, I was at the station, I was on the street. Blenheim Road. I went to Blenheim Road.

It comes over me like a wave, black dread.

Something happened, I know it did. I can’t picture it, but I can feel it. The inside of my mouth hurts, as though I’ve bitten my cheek, there’s a metallic tang of blood on my tongue. I feel nauseated, dizzy. I run my hands through my hair, over my scalp. I flinch. There’s a lump, painful and tender, on the right side of my head. My hair is matted with blood.

I stumbled, that’s it. On the stairs, at Witney station. Did I hit my head? I remember being on the train, but after that there is a gulf of blackness, a void. I’m breathing deeply, trying to slow my heart rate, to quell the panic rising in my chest. Think. What did I do? I went to the pub, I got on the train. There was a man there – I remember now, reddish hair. He smiled at me. I think he talked to me, but I can’t remember what he said. There’s something more to him, more to the memory of him, but I can’t reach it, can’t find it in the black.

I’m frightened, but I’m not sure what I’m afraid of, which just exacerbates the fear. I don’t even know whether there’s anything to be frightened of. I look around the room. My phone is not on the bedside table. My handbag is not on the floor, it’s not hanging over the back of the chair where I usually leave it. I must have had it, though, because I’m in the house, which means I have my keys.

I get out of bed. I’m naked. I catch sight of myself in the full-length mirror on the wardrobe. My hands are trembling. Mascara is smeared over my cheekbones and I have a cut on my lower lip. There are bruises on my legs. I feel sick. I sit back down on the bed and put my head between my knees, waiting for the wave of nausea to pass. I get to my feet, grab my dressing gown and open the bedroom door just a crack. The flat is quiet. For some reason I am certain my roommate, Cathy, isn’t here. Did she tell me that she was staying at Damien’s (her boyfriend)? I feel as though she did, though I can’t remember when. Before I went out? Or did I speak to her later? I walk as quietly as I can out into the hallway. I can see that Cathy’s bedroom door is open. I peer into her room. Her bed is made. It’s possible she has already got up and made it, but I don’t think she stayed here last night, which is a source of some relief. If she isn’t here, she didn’t see or hear me come in last night, which means that she doesn’t know how bad I was. This shouldn’t matter, but it does: the sense of shame I feel about an incident is proportionate not just to the gravity of the situation, but also to the number of people who have witnessed it.

At the top of the stairs I feel dizzy again, and grip the banister tightly. It is one of my great fears (along with bleeding into my belly when my liver finally packs up) that I will fall down the stairs and break my neck. Thinking about this makes me feel ill again. I want to lie down, but I need to find my bag, check my phone. I at least need to know that I haven’t lost my credit cards, I need to know who I called and when. My handbag has been dumped in the hallway, just inside the front door. My jeans and underwear sit next to it in a crumpled pile; I can smell the urine from the bottom of the stairs. I grab my bag to look for my phone – it’s in there, thank God, along with a bunch of scrunched-up twenties and a bloodstained Kleenex. The nausea comes over me again, stronger this time; I can taste the bile in the back of my throat and I run, but I don’t make it to the bathroom, I vomit on the carpet halfway up the stairs.

Upstairs, I plug in my phone and lie down on the bed. I raise my limbs, gently, gingerly, to inspect them. There are bruises on my legs, above the knees, standard drink-related stuff, the sort of bruises you get from walking into things. My upper arms bear more worrying marks, dark, oval impressions that look like fingerprints. This is not necessarily sinister, I have had them before, usually from when I’ve fallen and someone has helped me up. The crack on my head feels bad, but it could be from something as innocuous as getting into a car. I might have taken a taxi home.

I pick up my phone. There are two messages. The first is from Cathy, received just after five, asking where I’ve got to. She’s going to Damien’s for the night, she’ll see me tomorrow. She hopes I’m not drinking on my own. The second is from Tom, received at ten fifteen. I almost drop the phone in fright as I hear his voice; he’s shouting.

‘Jesus Christ, Rachel, what the hell is wrong with you? I have had enough of this, all right? I’ve just spent the best part of an hour driving around looking for you. You’ve really frightened Anna, you know that? She thought you were going to … she thought … It’s all I could do to get her not to ring the police. Leave us alone. Stop calling me, stop hanging around, just leave us alone. I don’t want to speak to you. Do you understand me? I don’t want to speak to you, I don’t want to see you, I don’t want you anywhere near my family. You can ruin your own life if you want to, but you’re not ruining mine. Not any more. I’m not going to protect you any longer, understand? Just stay away from us.’

I don’t know what I’ve done. What did I do? Between five o’clock and ten fifteen, what was I doing? Why was Tom looking for me? What did I do to Anna? I pull the duvet over my head, I close my eyes tightly. I imagine myself going to the house, walking along the little pathway between their garden and the neighbour’s garden, climbing over the fence. I think about sliding open the glass doors, stealthily creeping into the kitchen. Anna’s sitting at the table. I grab her from behind, I wind my hand into her long blonde hair, I jerk her head backwards, I pull her to the floor and I smash her head against the cool blue tiles.

These are all thoughts. No matter how hard I try to squeeze my brain, these thoughts do not lead to memory. There is no way I could have done that. But maybe I did. Why else would I have these bruises and cuts and blood? Why else would Tom leave such an aggressive message for me? Why else would Anna think I wanted to kill her? Did I really try to kill her? I probably did. I really need to stop drinking.

An Exotic Female Farmer in Town

Snippet from Far From the Madding Crowd

Getting Away with Murder

Snippet from The Devotion of Suspect X