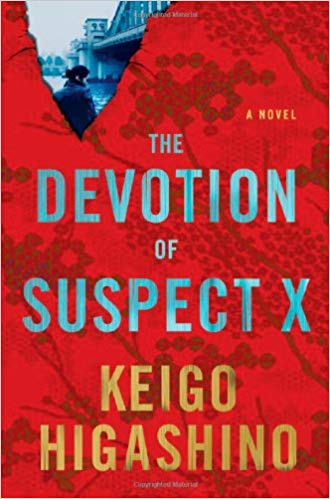 Getting Away with Murder

The Devotion of Suspect X

Context: This snippet explores the cleverness required to get away with murder. Ishigami helped his neighbor Yasuko dispose off the body of her husband who she happened to kill in a violent encounter. Ishigami then helps Yasuko dodge investigations.

Ishigami would frequently visit his neighbor, Yasuko, at Benten-tei, a bento restaurant she worked at. They wouldn’t talk much but Ishigami liked going there and saw a strange beauty in Yasuko's eyes that he was enamored by. He knew that she was divorced and had a daughter, but was not sure if he should try to develop a relationship. This was probably not the right time. She was trying to raise a daughter while dealing with her ex-husband who would visit her often to try and spend more time with their daughter. Ishigami was aware that those visits ended up being a little violent. He had decided that he would wait for a while and let her settle down before engaging with her more.

One day, when the voices grew louder next door, Ishigami could tell that Yasuko Hanaoka was being visited by her ex-husband, Togashi. Then there was clamoring and sounds of struggle. The sound of objects falling off from height alerted Ishigami that he should potentially get ready to intervene. Should he knock on the door? Try to break-in? But it was too late. There was a single loud sound of metal hitting something followed by silence and then muffled whimpers. Ishigami knew that a fatal blow had been dealt. He couldn’t say on whom.

After a while of no activity, Ishigami called on Yasuko's phone. There was a long delay, before he heard a female voice say ‘Hello’. He was glad that Yasuko had come out on top in the encounter and told her that she did not need to worry and that he would help her get through the situation. His calculative mathematician’s mind got to work. He first helped her dispose off the body. They both knew that there would be interrogations once Togashi had been found missing for more than a few days. Yasuko would definitely be contacted. He got her an alibi by giving her ticket stubs to a theater play that he took from his friends with sleight. There was a small complication with Yasuko's daughter, Misato, who had also witnessed the killing. However, she was quickly onboard with lying and playing the alibi. She had always been on her mother’s side.

After two days of inactivity, Yasuko and Ishigami had stopped discussing and meeting frequently. Then a few days later, detectives showed up at Ishigami’s house. They asked him about Yasuko and Togashi and he told them that he would only occasionally see Yasuko and that he did not know Togashi.

After the detectives had been gone a good ten minutes, Ishigami stepped out into the hallway outside his apartment. He glanced next door. The light was on. He turned and went down the stairs.

It was quite a walk to the nearest public phone where he had a reasonable chance of not being observed. He didn’t own a cell phone, and he couldn’t use the landline in his own apartment.

As he walked, he went back over the details of his conversation with the police. He was sure he hadn’t given them a single reason to suspect he was involved in any way. But there was always a chance, however slight. If the police suspected Yasuko, they would have to figure that a man had been involved in disposing of the body. They might start looking for someone connected to the Hanaokas, a man who would be willing to dirty his hands for them. They might even consider investigating the mathematics teacher who lived next door.

Ishigami knew he had to avoid going to their apartment, of course. He had been avoiding any direct contact. That was why he didn’t call from his own house. The investigators might see from the phone records that he had made frequent calls to Yasuko Hanaoka and find it suspicious.

He still hadn’t made up his mind about that. All things being equal, he should probably avoid the place for a while. But the police might come around asking questions. The owners might tell them about how the mathematician who lived next to Yasuko came by there every day to buy lunch. Wouldn’t they find it odd if he stopped coming right after the day of the murder? Shouldn’t he keep going there as usual so as not to raise suspicions?

Ishigami didn’t trust his own capacity to come up with a logical answer to this question, because he knew that, in his heart, he wanted to keep going to Benten-tei. That lunchbox shop was his connection to Yasuko. If he didn’t go there, he would never see her at all.

He arrived at the public phone and inserted a telephone card. The card had been a gift from another teacher—the front showed a picture of the teacher’s newborn baby.

The number he dialed was for Yasuko’s cell phone. They might have put a tap on her home phone, after all. The police claimed they didn’t wiretap citizens, but he didn’t trust that one bit.

“Yes?” came Yasuko’s voice over the line. She would have already guessed that it was he, because of the public number. He had told her he would contact her this way.

“The police came to my apartment a few minutes ago. I’m guessing they dropped by your place as well.”

“What did they want to know?”

Ishigami listened to every word Yasuko said, organized it in his head, analyzed it, and committed it to memory. It seemed that, for the time being, the police didn’t directly suspect Yasuko. They had probably just been following procedure when they asked after her whereabouts. They might have someone check out her story, but it probably wouldn’t be a high priority.

But if they found out that Togashi had visited the day he went missing, that he had come to see Yasuko, they wouldn’t be so friendly the next time they turned up. And the first thing they were bound to check out would be her statement that she hadn’t seen Togashi recently. Luckily, he had already prepared her for that eventuality.

“Did the detectives see your daughter?”

“No, Misato was in the back room.”

“I see. Still, they will probably want to question her before long. You know what to do if that happens, right?”

“Yes, you were very clear. I think she’ll be okay.”

“I don’t mean to repeat myself, but remember, there’s no need to make an act of it. She just needs to answer the questions they ask as mechanically as possible.”

“Did you show the police your ticket stubs?”

“No, I didn’t. You told me I didn’t have to show them unless they asked for them specifically.”

“Then that’s fine. By the way, where did you put the stubs?”

“In a kitchen drawer.”

“Put them inside the theater pamphlet. Nobody goes out of their way to store ticket stubs. They might suspect something if you have them in your drawer.”

“By the way…” Ishigami swallowed. He tightened his grip on the receiver. “The owners at Benten-tei … do they know about me going there to buy my lunch?”

“What I’m asking is, do the people who run the store where you work know that your neighbor comes there frequently to buy lunches? This is rather important, so please be honest.”

“Well, yes, actually. The owners were saying they were happy you were such a reliable regular.”

“And they know that I’m your neighbor?”

“No, I’ll worry about that. You just do as we discussed. All right?”

“Right,” Ishigami said, turning to set down the receiver.

“Thank you. Thank you for everything. We’re in your debt.”

“No…” Ishigami paused. “Don’t mention it,” he said, and he hung up the phone.

When Yasuko said “Thank you,” he had felt a tingle rush through his body. Now his face was flushed, and he welcomed the night breeze on his skin. He was even sweating a little.

Ishigami headed home, elated. But his high didn’t last long when he remembered what she had said about Benten-tei.

He realized that he had made a mistake when talking to the detectives. When they asked how well he knew Yasuko, he had only told them that they said hello when they chanced to meet. He should also have told them about the lunchbox shop.

He talked to Yasuko a few days later and she told him that indeed the detectives had come asking more pointing questions. She told them about the play. The story was corroborated by her daughter and made believable by the ticket stubs. She said that the detectives did not ask her anything about him. It seemed like things were settling down and that she was probably going to be safe. She thanked him.

He knew well that they needed to stay very cautious. But for now, everything was calm. Maybe it was time for Ishigami to start developing a relationship with Yasuko. Things seemed to have fallen in line. The dust seemed to be settling on the murder. But if the two of them started being seen together often, dust could probably stir up again. Ishigami felt he had to wait. And he did. And time passed by. They did not talk. They did not meet. With time, Yasuko decided to move. The place had an unbearable connection. She needed to break it. And she moved. And they grew apart. Living separately from each other with no contact. Just a tragic event connecting them as they went about their own lives.

As Fate Would Have It

Snippet from Fates and Furies