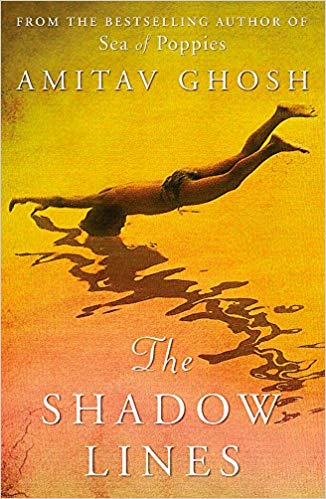 Context: This snippet looks at the generational differences in perspectives on immigration in 1980s India. The narrator and his grandmother (Tha’mma) have a heated debate about the reasons that keep Ila (narrator’s cousin) in England rather than coming back to India.

In 1949, three years before I was born, my father's cousin, aunt Maya, moved to England with her husband. Tha'mma was never quite fond of her after that. But aunt Maya visited Tha'mma and my father every few years. That's how I got to know Ila, her daughter, and grew close to her and always awaited her visits.

Tha'mma had been unhealthy for a long time. So long that I hardly remember the time when she was not sick.

Once, when I visited Tha'mma during my college vacations, I told her about Ila's troubles in London. That she was bullied there because of her skin, and her English friends did little to protect her.

That evening, surrounded by oxygen cylinders, bottles of glucose, disposable syringes and all the other paraphernalia of her sickness, she seemed more cheerful than usual. When she had heard me out she said: It was Ila’s fault. It was her own fault, and the fault of that half-witted mother of hers. It was bound to happen: anyone can see that. She has no right to be there. She doesn’t belong there.

She buried her head in a towel and began to cough. In the two weeks that had passed since I came back from Delhi, I had been kept up every night by that hollow, echoing cough. After a quarter of an hour the fit left her and she fell back panting, on her pillows. She turned to look at me, with a handkerchief clamped over her mouth. I knew then, from the brightness of her eyes, that she was about to go into one of her sudden rages. I rose guiltily from my chair, angry with myself for having told her the story, and tried to calm her.

Ila shouldn’t be there, she said, stammering hoarsely. She doesn’t belong there. What’s she doing in that country?

She’s just studying there for a while, Tha’mma, I said gently. At that time Ila was at University College in London, doing a BA in history.

But she shouldn’t be there, my grandmother cried, pushing my hands feebly away.

I leant back in my chair looking helplessly at her. Over the last few months the flesh had wasted slowly away from her face so that the skin on her cheeks hung down now, like dry, brittle leather.

Ila has no right to live there, she said hoarsely. She doesn’t belong there. It took those people a long time to build that country; hundreds of years, years and years of war and bloodshed. Everyone who lives there has earned his right to be there with blood: with their brother’s blood and their father’s blood and their son’s blood. They know they’re a nation because they’ve drawn their borders with blood. Hasn’t anyone told you how regimental flags hang in all their cathedrals and how all their churches are lined with memorials to men who died in wars, all around the world? War is their religion. That’s what it takes to make a country. Once that happens people forget they were born this or that, Muslim or Hindu, Bengali or Punjabi: they become a family born of the same pool of blood. That is what you have to achieve for India, don’t you see?

I can still see her as though it had happened today, her eyes bloodshot, threads of phlegm hanging from her lips, while she lies ranting in her bed. And yet, when I look at her, lying crumpled in front of me, her white thinning hair matted with her invalid’s sweat, my heart fills with love for her – love and that other thing, which is not pity but something else, something the English language knows only in its absence – ruth – a tenderness which is not merely pity and not only love. It comes over me so powerfully that even now I can feel the anger that exploded in my head once when I told Ila what she had said, and Ila made some offhand remark about warmongering fascists. I remembered how I shouted at her and told her that Tha'mma was not a fascist, she was only a modern middle-class woman – though not wholly, for she would not permit herself the self-deceptions that make up the fantasy world of that kind of person. All she wanted was a middle-class life in which, like the middle classes the world over, she would thrive believing in the unity of nationhood and territory, of self-respect and national power; that was all she wanted – a modern middle-class life, a small thing, that history had denied her in its fullness and for which she could never forgive it.

Early next morning my grandmother asked that I be sent to her room. When I sat down beside her I saw that her eyes were bloodshot and her face pale and more strained than ever.

Shall I tell you why Ila lives there? she said, propping herself up on her elbow.

I pleaded with her to lie down, to rest, but she cut me short.

I couldn’t help smiling then.

Why should she go there for money? I said. Her family has much more money here than they’d ever have over there. She’s the only grandchild in the family and you know how rich they are. If she stayed here she would have more money than she could count in a lifetime. And she would have houses and servants and cars too. She has nothing over there. She lives in a tiny room in a house she has to share with five other students; she has to cook and clean and do all kinds of things that a dozen servants would rush to do for her here …

It’s not just money, my grandmother cried. It’s things: it’s all the things money can buy – fridges like the one Mrs Sen’s son-in-law brought back from America, with two doors and a spout that drops ice-cubes into your glass; colour TVs and cars, calculators and cameras, all those things you can’t get here.

But she doesn’t have things, I retorted, trying to keep my voice in control. You know that. She has to live on pocket money; she doesn’t have the money to buy things like that. Besides, she doesn’t want things. She spends her spare time going on demonstrations and acting in radical plays for Indian immigrants in east London. You know that – when she was here last, you asked me yourself: Has Ila become a communist?

She’s a greedy little slut, my grandmother said, pounding on the bedclothes with a fist she had not the strength to clench properly. I can’t understand why you’re defending her. You tell me then, since you know her so well: why does she live there, if it’s not for the money and the comforts?

By that time I was really angry but I did not tell her.

I could not tell her that Ila had already decided to settle there and stay away from people like Tha’mma. That she had found a man there and that she loved him.

Tha’mma would never understand the motivations for Ila’s decisions like I did. There were lines that existed for her but were inexistent for me and for Ila. The lines that bring us together and hold us apart.

Life in a Jamaican Ghetto

Snippet from A Brief History of Seven Killings

Snippet from A Fine Balance