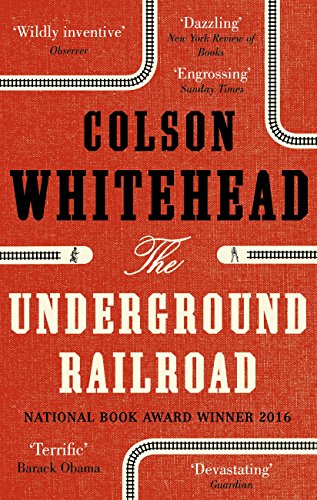 Context: This snippet explores the plight of a runaway slave in 19th century US. Cora has escaped the atrocities of Georgia and reached North Carolina through an underground rail network. She hopes to find safer waters here but soon realizes life may not be much better.

While on the train journey to the North, Cora sat and recollected her time on the plantation in Georgia where she was a slave and an outcast after her mother abandoned her when she ran-off. Cora harbored a great resentment for her mother since she never returned to get her back. Her situation, like that of many others with similar plight, was not worth living for. Her master would frequently lash at her, taking out some of the grudges left from when her mother managed to escape, letting her barely survive. Her friend, Caesar, told her about an underground railroad that was transporting slaves to the North where their situation could potentially be better. Hesitant at first, she followed Caesar and ran off from the plantation. While on the run, Caesar was caught by a slavecatcher. But she managed to reach the underground station and escape the area on what seemed an empty train.

As she thought about all that she fell asleep.

After a day of anxious travel, the train finally stopped at a station. Cora deboarded and looked around. At the front of the train she saw the driver, who had got off the engine and was coming towards her. He was a young boy of maybe 16.

The builders of this stop had hacked and blasted it from the unforgiving earth and made no attempt at adornment, to showcase the difficulty of their feat. Stripes of white, orange, and rust-colored veins swam through the jags, pits, and knobs. Cora stood in the guts of a mountain.

The driver lit one of the torches on the wall. The laborers hadn’t cleaned up when they finished. Crates of gear and mining equipment crowded the platform, making it a workshop. Passengers chose their seating from empty cases of explosive powder. Cora tested the water in one of the barrels. It tasted fresh. Her mouth was an old dustpan after the rain of flying grit in the tunnel. She drank from the dipper for a long time as the driver watched her, fidgeting. “Where is this place?” she asked.

“North Carolina,” the boy replied. “This used to be a popular stop, from what I’m told. Not anymore.”

He required fine character and a tolerance for gloom to operate in this pit. “I’m going with you,” Cora said. “What’s the next station?”

He motioned her to the edge of the platform and extended his lantern. The tunnel terminated fifty feet ahead in a ragged point.

“We passed a branch back there, heads south,” he said. “I’ve got just enough coal to check it out and make it back to the depot.”

“The station agent will be along. I’m sure of it.”

She missed him when he was gone.

Cora had light. Dark water pooled between the rails, fed in steady drips from the station ceiling. The stone vault above was white with splashes of red, like blood from a whipping that soaked a shirt. The noise cheered her, though. As did the plentiful drinking water, the torches, and the distance she had traveled from the slave catchers. North Carolina was an improvement, beneath the surface.

She explored. The station abutted a rough-hewn tunnel. Support struts shored up the wooden ceiling and stones embedded in the dirt floor made her stumble. She chose to go left first, stepping over spill that had come loose from the walls. Rusting tools littered the path. Chisels, sledges, and picks—weaponry for battling mountains. The air was damp. When she ran her hand along the wall it came back coated in cool white dust. At the end of the corridor, the ladder bolted into the stone led up into a snug passage. She lifted the torch. There was no telling how far the rungs extended. She braved the climb only after discovering that the other end of the corridor narrowed into a glum dead end.

A few feet into the level above, she saw why the equipment had been abandoned by the work gangs. A sloping mound of rocks and dirt, floor to ceiling, cut off the tunnel. Opposite the cave-in, the tunnel terminated after a hundred feet, confirming her fear. She was trapped once more.

Cora collapsed on the rocks and wept until sleep overtook her.

The station agent woke her. “Oh!” the man said. His round red face poked through the space he’d made at the top of the rubble. “Oh, dear,” he said. “What are you doing here?”

“Don’t you know this station is closed?”

She coughed and rose, straightening her filthy dress.

His name was Martin Wells. Together they widened the hole in the wall of stone and she squeezed through to the other side. The man helped her clamber down to level ground as if helping a lady from the finest carriage. After several turns, the mouth of the tunnel extended a dim invitation. A breeze tickled her skin. She gulped the air like water, the night sky the best meal she had ever had, the stars made succulent and ripe after her time below.

The station agent was a barrel-shaped man deep in his middle age, pasty-complected and soft. For an agent of the underground railroad, presumably no stranger to peril and risk, he evinced a nervous personality. “You’re not supposed to be here,” he said. “This is a very regrettable turn.”

Martin huffed through his explanation, washing his sweaty gray hair from his face as he spoke. The night riders were on patrol, he explained, casting agent and passenger into dangerous waters. The old mica mine was remote, to be sure, exhausted long ago by Indians and forgotten by most, but the regulators routinely checked the caves and mines, anyplace a fugitive might seek refuge from their justice.

The cave-in that had so distressed Cora was a ruse to camouflage the operation below. Despite its success, the new laws in North Carolina had rendered the station inoperable—he was visiting the mine merely to leave a message for the underground railroad that he could accept no more passengers. When it came to harboring Cora, or any other runaway, Martin was unprepared in every way. “Especially given the present circumstances,” he whispered, as if the patrollers waited at the top of the gully.

Martin told her he needed to fetch a wagon and Cora wasn’t convinced he was coming back. He insisted he wouldn’t be long—dawn was approaching and after that it would be impossible to move her. She was so grateful to be outside in the living world that she decided to believe him, and almost threw her arms around him when he reappeared, driving a weather-beaten wagon pulled by two bony draft horses. They repositioned the sacks of grain and seed to make a slim pocket. The last time Cora needed to hide in this manner, they required room for two. Martin draped a tarpaulin over his cargo and they rumbled out of the cut, the station agent grumbling profane commentary until they gained the road.

They had not traveled long when Martin stopped the horses. He removed the tarpaulin. “It will be sunrise soon, but I wanted you to see this,” the station agent said.

Cora did not immediately know what he meant. The country road was quiet, crowded on both sides by the forest canopy. She saw one shape, then another. Cora got out of the wagon.

The corpses hung from trees as rotting ornaments. Some of them were naked, others partially clothed, the trousers black where their bowels emptied when their necks snapped. Gross wounds and injuries marked the flesh of those closest to her, the two caught by the station agent’s lantern. One had been castrated, an ugly mouth gaping where his manhood had been. The other was a woman. Her belly curved. Cora had never been good at knowing if a body was with a child. Their bulging eyes seemed to rebuke her stares, but what were the attentions of one girl, disturbing their rest, compared to how the world had scourged them since the day they were brought into it?

“They call this road the Freedom Trail now,” Martin said as he covered the wagon again. “The bodies go all the way to town.”

In what sort of hell had the train let her off?

The station agent kept her hidden in his basement for a few days. His wife was also accommodating. Cora learned that North Carolina had recently decided to abolish slavery, using legal servants instead. There were however, violent executions of any runaway slaves found in the state.

In time, Martin managed to get paperwork done for Cora to serve in his household. Martin and his wife were good people who had been involved in anti-slavery efforts. She was extremely thankful and happy to be a survivor in this vicious land. She was not a slave anymore. She was a servant. This was probably not what she wanted when she ran away from the plantation in Georgia. But this would do.

Snippet from Crime and Punishment