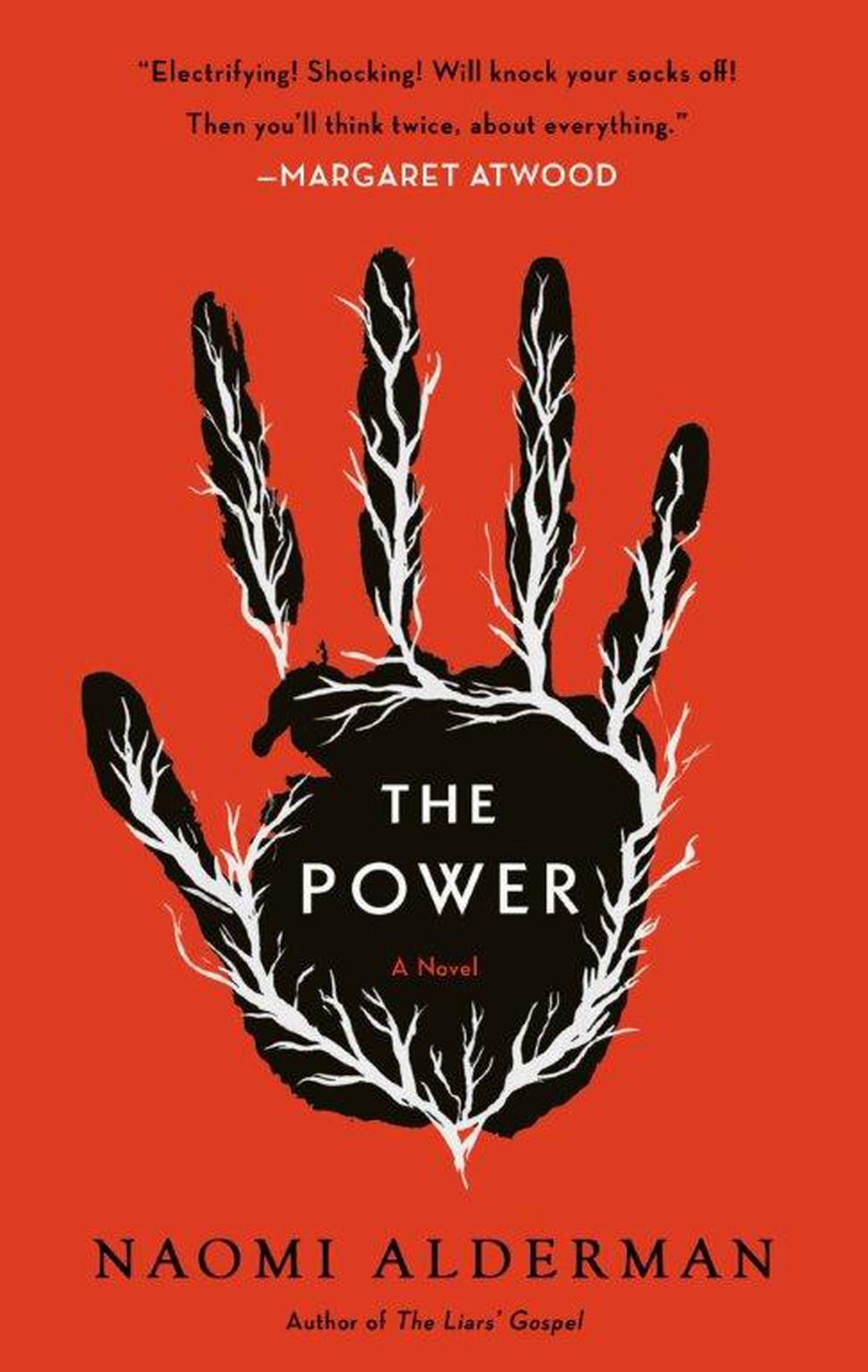 If Girls Had Power


Context: The world of The Power is the same as ours except some things are changing. It seems a power reversal is taking place. Teenage girls are beginning to acquire immense physical power, enough to cause death with one shot of lightening. Margot, a local American politician, gets news that her own daughter, Jocelyn, has been caught in a fight. If that weren’t enough, it seems like Margot herself has got the power too.

Margot closes the door of the bedroom softly.

Jocelyn is on her bed, legs stretched out. She's holding Mr. Bear. She's a child, just a child.

"I should have called," says Margot, "as soon as it started. I'm sorry."

Jocelyn's near to tears. Margot sits on the bed gently, as if not to tip her full pail over. "Dad says you haven't hurt anyone, not badly."

There's a pause, but Jos doesn't say anything, so Margot just keeps talking. "There were...three other girls? I know they started it. That boy should never have been near you. They've been checked out at John Muir. You just gave the kid a scare."

All right. Verbal communication. A start.

Jocelyn rolls her eyes. She plucks at the comforter with one hand.

"This is brand new to both of us, OK? How long have you been doing it?"

She mutters so low that Margot can barely hear, "Six months."

Jos frowns. "Plenty of girls started it before I did. It was...it was kinda funny...when it started, like static electricity."

Static electricity. What was it, you combed your hair and stuck a balloon to it? An activity for bored six-year-olds at birthday parties.

"It was this funny, crazy thing girls were doing. There were secret videos online. How to do tricks with it."

It's this exact moment, yes, when any secret you have from your parents becomes precious. Anything you know that they've never heard of.

She looks through the window to the lawn. Beyond the high back fence, men and women with cameras are already gathering.

Margot remembers trying to talk to her own mother about boys or the stuff that happened at parties. About how far was too far, where a boy's hand should stop. She remembers the absolute impossibility of those conversations.

"Have you been practicing? Can you control it well enough so you know you wouldn't kill me, or give me a fit?"

Jos takes a deep breath. Puffs her cheeks out. Lets the breath out slowly. "Yes."

Her mother nods. This is the girl she knows: conscientious and serious. Still Jos. "Then show me."

"I can't control it well enough for it not to hurt, OK?"

"How much will it hurt?"

Jos splays her fingers wide, looks at her palms. "Mine comes and goes. Sometimes it's strong, sometimes it's nothing."

Margot presses her lips together. "OK."

Jos extends her hand, then pulls it back. "I don't want to."

There was a time when every crevice of this child's body was Margot's to clean and care for. It is not OK with her not to know her own child's strength. "No more secrets. Show me."

Jos is near to tears. She places her forefinger and her middle finger on her mother's arm. Margot waits to see Jos do something; hold her breath, or wrinkle her brow, or show exertion in the muscles of her arm, but there's nothing. Only the pain.

She has read the preliminary reports out of the CDC noting that the power "particularly affects the pain centers of the human brain," meaning that, while it looks like electrocution, it hurts more than it needs to. It is a targeted pulse which sets up a response in the body's pain receptors. Nonetheless, she'd expected it to look like something; to see her flesh crisping and wrinkling, or to watch the arcing current, quick as a snake's bite.

Instead, she smells the scent of wet leaves after a rainstorm. An apple orchard with the windfalls turning to rot, just as it was on her parents' farm.

And then it hurts. From the place on her forearm where Jos is touching her, it starts as a dull bone-ache. The flu, traveling through the muscles and joints. It deepens. Something is cracking her bone, twisting it, bending it, and she wants to tell Jos to stop but she can't open her mouth. It burrows through the bone like it's splintering apart from the inside; she can't stop herself seeing a tumor, a solid, sticky lump bursting out through the marrow of her arm, splitting the ulna and the radius to sharp fragments. She feels sick. She wants to cry out. The pain radiates across her arm and, nauseatingly, through her body. There's not a part of her it hasn't touched now; she feels it echo in her head and down her spine, across her back, around her throat and out, spreading across her collarbone.

The collarbone. It has only been a few seconds, but the moments have elongated. Only pain can bring such attention to the body; this is how Margot notices the answering echo in her chest. Among the forests and mountains of pain, a chiming note along her collarbone. Like answering to like.

It reminds her of something. A game she played when she was a girl. How funny: she hasn't thought of that game in years. She never told anyone about it; she knew she mustn't, although she couldn't say how she knew. In the game, she was a witch, and she could make a ball of light in the palm of her hand. Her brothers played that they were spacemen with plastic ray-guns they'd bought with cereal-packet tokens, but the little game she'd played entirely by herself among the beech trees along the rim of their property was different. In her game, she didn't need a gun, or space-helmet, or lightsaber. In the game Margot played when she was a child, she was enough all by herself.

There is a tingling feeling in her chest and arms and hands. Like a dead arm, waking up. The pain is not gone now, but it is irrelevant. Something else is happening. Instinctively, she digs her hands into Jocelyn's patchwork comforter. She smells the scent of the beech trees, as if she were back beneath their woody protection, their musk of old timber and wet loam.

She sendeth her lightning even unto the ends of the earth.

When she opens her eyes, there is a pattern around each of her hands. Concentric circles, light and dark, light and dark, burned into the comforter where her hands clutched it. And she knows, she felt that twist, and she remembers that maybe she has always known it and it has always belonged to her. Hers to cup in her hand. Hers to command to strike.

In THE POWER, the world is a recognizable place: there's a rich Nigerian boy who lounges around the family pool; a foster kid whose religious parents hide their true nature; an ambitious American politician; a tough London girl from a tricky family. But then a vital new force takes root and flourishes, causing their lives to converge with devastating effect. Teenage girls now have immense physical power--they can cause agonizing pain and even death. And, with this small twist of nature, the world drastically resets.

Snippet from All the Light We Cannot See